The mammalian cerebral cortex comprises six layers of highly laminated neurons generated through coordinated neurogenesis and migration in the embryonic stage. The mammalian cerebral cortex arises during forebrain formation from a sheet of proliferative cells in the dorsal telencephalon. Neural progenitors, also known as radial glial cells, proliferate in the ventricular zone and differentiate, and newborn neurons subsequently exit the ventricular zone and migrate to their final position. Neurons then send their axons to innervate targets and extend their dendrites to receive and integrate information from presynaptic partners. Thus, the proper development and functioning of neural circuitry depend on multiple cellular events, including the balanced proliferation and differentiation of neural progenitor cells, correct neuron positioning, and axon and dendrite formation. These steps are controlled by various molecular signaling pathways. Any defect in these processes can impair neural functions, which are associated with neurological disorders in human including lissencephaly (smooth brain), cortical heterotopias (double cortex), macrocephaly/microcephaly (large/small brain), and autism. Our laboratory investigates the specific signaling mechanisms that govern the different processes of neural circuit development. 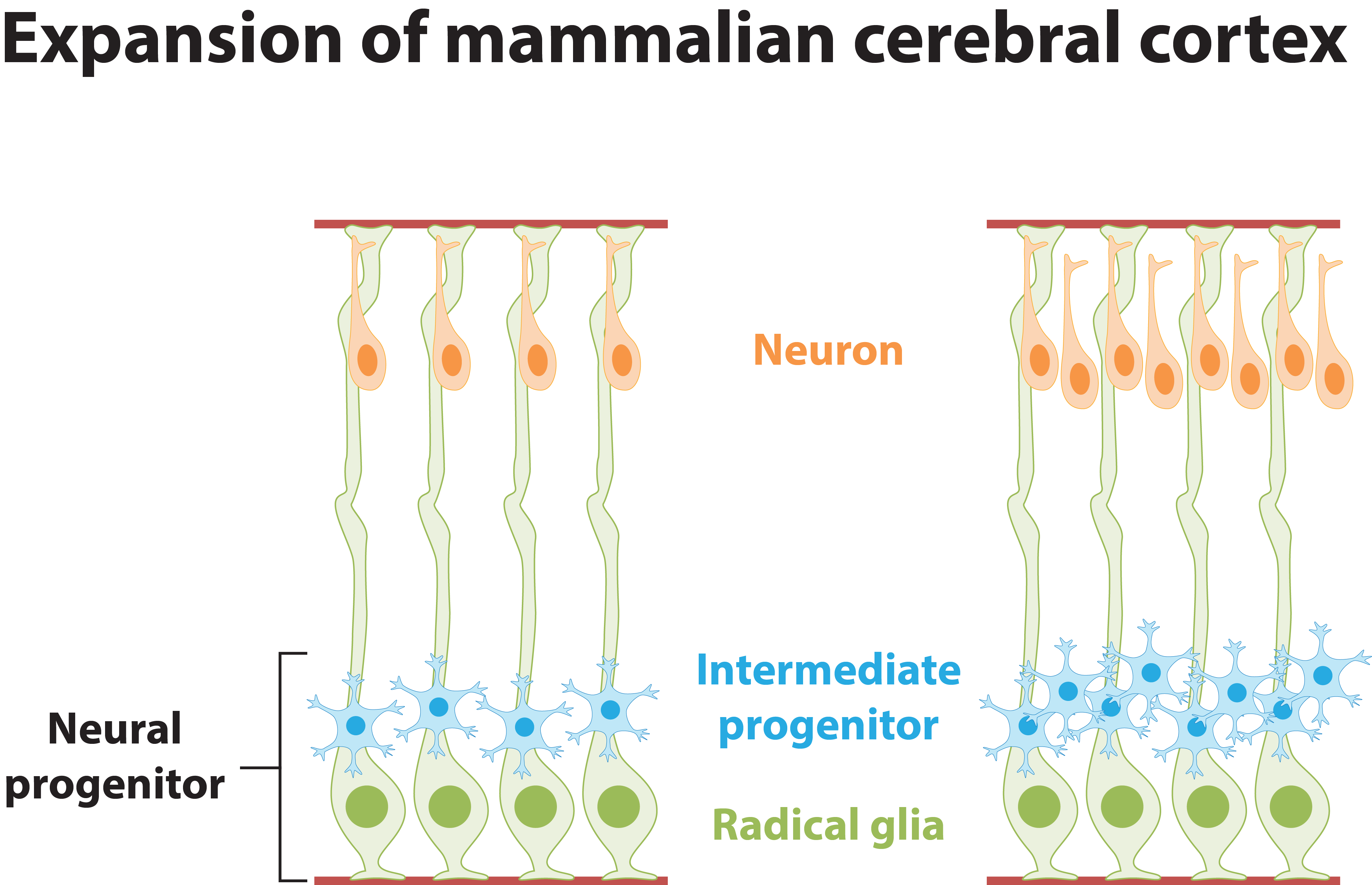 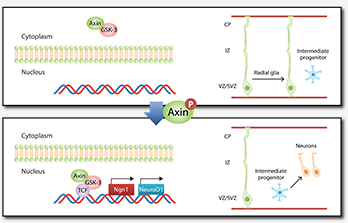 Polarity transition and neuronal migration are required for cortical neurons to reach their final destination in the cerebral cortex. However, how neuronal polarization and migration are regulated in vivo remains largely unclear. Our laboratory has identified α2-chimaerin, a Rho GTPase-activating protein (GAP), as a crucial player that controls neuronal migration and laminar positioning of the cortex. This protein is highly expressed in the intermediate zone and cortical plate of the cerebral cortex during development. Knockdown of α2-chimaerin in utero halts neurons in the IZ with abnormal polarity, and α2-chimaerin–depleted neurons exhibit reduced neurite dynamics and impaired multipolar–bipolar transition. This leads to the formation of a heterotopic band of neurons in the subcortical white matter in postnatal mice. Furthermore, mice with these resultant migration defects exhibit imbalanced excitation/inhibition of local cortical circuitry as well as increased susceptibility to convulsant-induced seizures. α2-chimaerin regulates multipolar–bipolar transition and neuronal migration through modulating the activity of the microtubule-associated protein, collapsin response mediator protein-2 (CRMP-2). Our findings establish a new α2-chimaerin–dependent mechanism underlying neuronal migration and proper cerebral cortex functioning. Furthermore, these findings provide significant insights into the pathogenesis of seizure-related neurodevelopmental disorders. We are currently investigating the functions of other Rho-GTPases and their upstream regulators such as Rap-GEF2 (a guanine nucleotide exchange factor) and Mst3 (a kinase) in the regulation of neuronal polarity and migration. 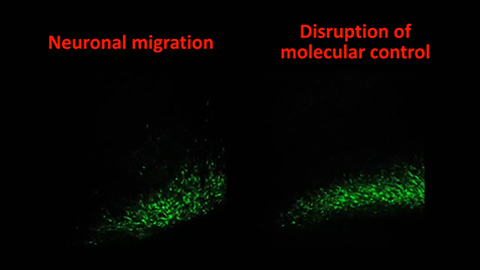 Axon and dendrite development are guided by extrinsic cues such as brain-derived neurotrophic factor (BDNF) and ephrins. Our laboratory has identified ankyrin repeat-rich membrane spanning protein (ARMS, also known as Kidins220), a multidomain transmembrane protein, as the essential signaling protein that mediates the effects of neurotrophin and ephrin on the growth of dendritic arbors of pyramidal neurons in the upper layers of the cerebral cortex. ARMS acts as a scaffold protein to assemble the cell surface ephrin receptor EphB2, into clusters. In turn, this activates the PI3K-AKT pathway to promote dendritic growth. Meanwhile, we demonstrated that Axin, a scaffold protein of the canonical Wnt pathway, promotes axon formation during cerebral cortex development through the inhibition of GSK-3 activity. Upon stimulation by BDNF, Axin is phosphorylated in neurons by Cdk5; this phosphorylation facilitates the interaction between Axin and GSK-3, leading to the inhibition of GSK-3 and dephosphorylation of CRMP-2 for axon formation. We are also interested in understanding how Cdk5 activity and subcellular localization are regulated during axon and dendrite formation. For example, we have revealed that S-nitrosylation is a novel post-translational mechanism that regulates Cdk5 activity. Moreover, blocking the S-nitrosylation of Cdk5 impairs dendrite development. We are currently investigating the extracellular stimuli that trigger the S-nitrosylation of Cdk5 during neuronal development.